You Are Here: Cologne Forest Laboratory 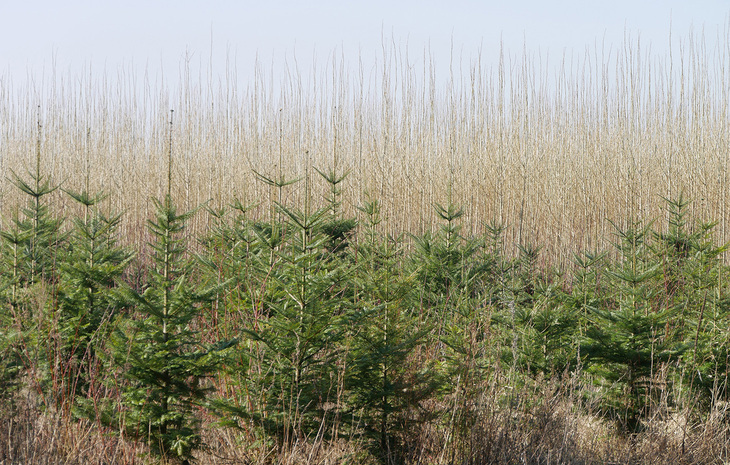 The Cologne Forest Laboratory is a field experiment which aims to provide new insights and information about how future forests will look, how they should be managed and how the impacts of climate change can be mitigated and managed in Germany.

The Cologne Forest Laboratory is a place for innovation and experimentation: How can a field next to a major highway become a public space whilst, more importantly, providing a city park of the future which contributes to the overall urban culture of Cologne? Providing an answer to this fundamental question has been linked to a series of experiments, through which the 25 ha Forest Laboratory has been subdivided into four areas. These comprise: a short-rotation coppice plantation or “energy forest”, which seeks to provide answers to the question of energy transition, a "transformation forest" which is experimenting with various kinds of woodland types, a "climate forest" with stress-resistant tree species and a "wilderness forest" which highlights natural succession principles.

The idea for the "Forest Laboratory Cologne" was developed within the framework of the "Regionale 2010" in the Region of Cologne/Bonn. It's a structural funding program of the State of North Rhine-Westphalia. Under the title "Regio Grün", the City of Cologne, together with the surrounding districts and municipalities, developed the idea of an open space concept that links the green belt of Cologne with the surrounding area through creation of new radial greenspace corridors.

The concept of a "forest laboratory" in Cologne was developed through several workshops. It was planned as an experimental field to clarify the question of which current challenges urban forests should be actively engaged in responding to. It was conceived as a public place which was intended to become attractive to users soon after its installation. A broad path winds through the site and provides access to different areas for walkers, joggers and cyclists whilst smaller, narrower paths lead off into the individual wooded compartments. Information boards inform citizens about the components of the whole system. Additionally, several strips of meadow divide up the area and create views from the green belt towards the highway. The design is not intended to create seclusion and tranquility, but instead seeks to investigate whether there are also interesting aesthetic contrasts between the compact, dense woodland plantation areas and the seemingly constant flow of traffic on the adjacent highway.

However, most of visitors remain unaware of the specific laboratory role. Of course, this does not detract from the quality of the site; on the contrary, it should be quite possible to use the forest laboratory without a detailed understanding of the underlying background or the goals of the scheme. Nevertheless, the experience gained through the initial harvesting of the energy forest shows that green laboratories should not only be developed, but that their characteristics and functions should also be actively interpreted to the wider public.

In this respect, there is a need to be innovative. A very promising attempt to do so was through the implementation of a "forest workshop" which was held in June 2016. During this period, students lived and worked in the energy forest for one week, instigating change through artistic interventions. Their presence, their creativity and the temporary art works that they created, can be accessed and appreciated until the time of the next harvest and help to bring the concept of the Forest Laboratory closer to visitors. A repeat workshop has also been planned and it is considered desirable that not only students, but also other stakeholder groups can discover the forest laboratory as a place of new possibilities. The City of Cologne regularly offers interpretive walks through the forest laboratory for residents and there are also regular requests for guided tours of the site from universities, including sometimes from overseas. Pupils from Elementary schools have also been introduced to the forest laboratory through a forest climate rally.

In implementing the concept, the City of Cologne broke new ground: It sought to develop close links with businesses and found the Toyota Deutschland GmbH to be a willing partner. The company sponsored many of the young tree seedlings on the site and have also supported ongoing public relations activities. RheinEnergie AG was also identified as a project partner for the initiative, including for the management of the short-rotation coppice plantations. Citizens were given the opportunity to contribute to the project; both financially, through providing donations and through direct “help in kind” or active participation. Importantly, local people were able to plant "their" own trees themselves and were thus directly involved in the creation of the forest laboratory. This has resulted in a positive public perception of the project and sense of local “ownership”.